Raising the May Pole and dancing to celebrate May Day

Over the Mayday bank holiday, we spent the three days dancing at St Fagan’s National History Museum in Cardiff.

Over the Mayday bank holiday, we spent the three days dancing at St Fagan’s National History Museum in Cardiff. Entertaining the public whilst performing traditional dances such as Tŷ Coch Caerdydd, Gwenyn Gwent and Clawdd Offa, all of which originate in south Wales, was delightful for each of the Cwmni’s enthusiastic members as they braved the rain over the bank holiday weekend. However, without doubt the highlight of each day was dancing the twmpath dances Cylch y Cymry and Ffansi Ffarmwr with the legions of energetic children who came to watch us – there’s certainly enough potential in the capital city to ensure a very promising future for Welsh folk dancing and we look forward to welcoming new members before long!

On the Sunday (the first of May), we were thrilled that the rain had decided to ease off and allow the sun to shine on our raising of the May pole, once it was decorated with plenty of colourful ribbons. The boys’ singing as they carried the pole was also a charming accompaniment to Punch and Judy’s antics on Gwalia’s lawn, which preceded the mass dancing.

This year’s dancing at St Fagan’s museum was a chance for everyone – whether they were an experienced dancer, a new adherent or a supportive audience member – to feel the Rhythm of the Dance. 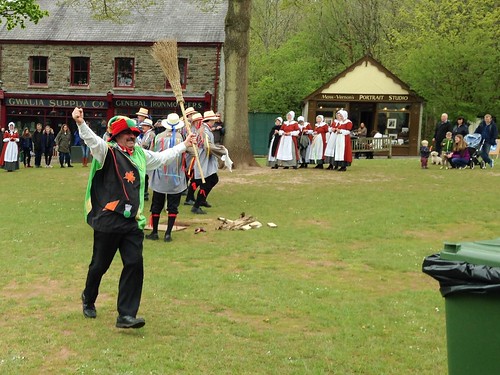 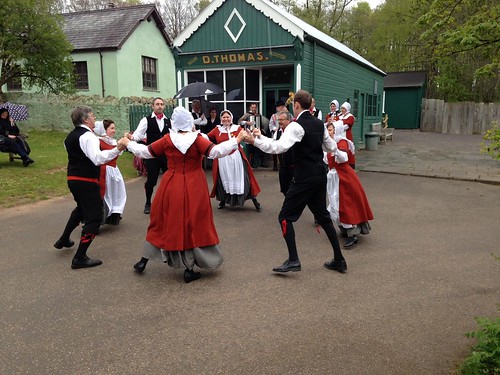 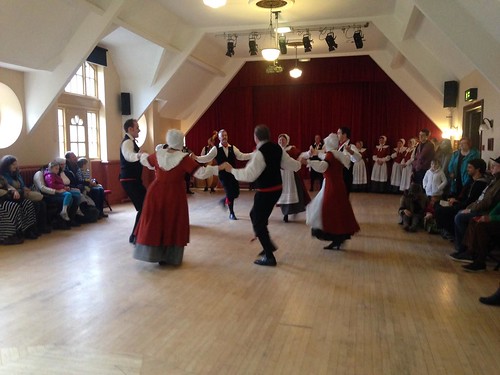 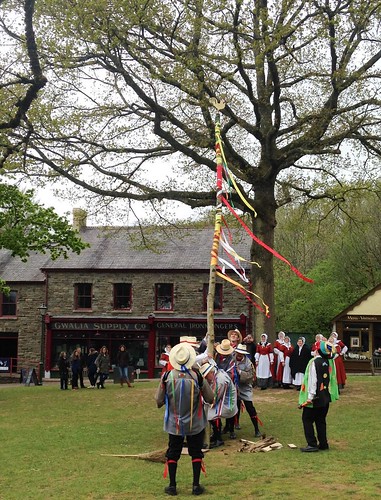